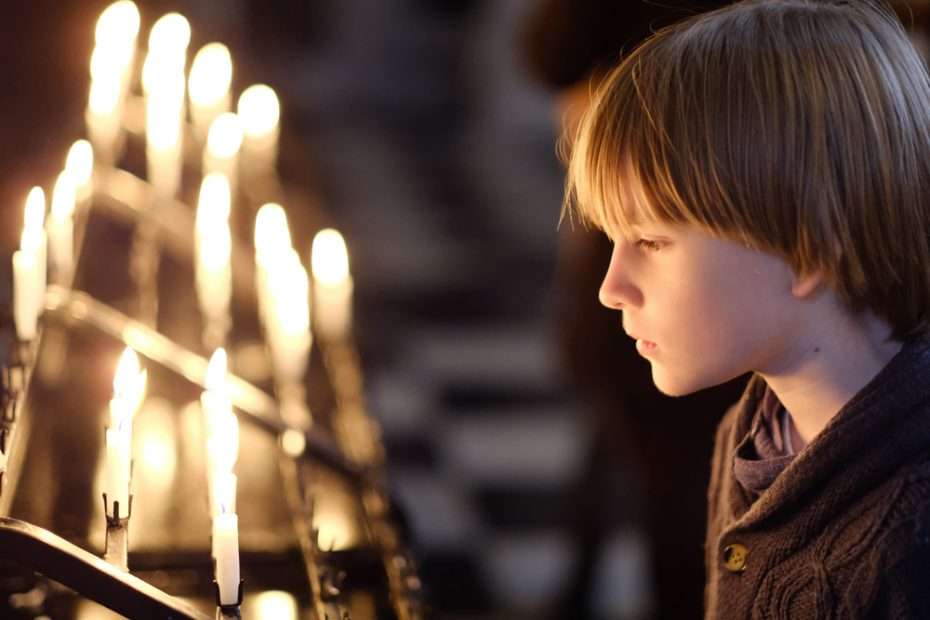 Talking to children about death

Should I bring children to the funeral

There was a time in Sweden when children were not allowed to attend funerals. It was thought to be harmful to the children. Instead of being allowed to see what was happening, the children were left to use their own imagination. These fantasies were often more worse than reality. There are adults, today, who still avoid funerals because of this.

Funerals help us understand and move on

A funeral is a ceremony, whether religious or civil, which help the survivors process and deal with what has happened. The purpose of ceremonies is to help us understand what is happening. By focusing and defining the event, it helps us understand the event.

At a funeral, we gather around the coffin or urn and focus on the deceased. The deceased will not come back to us but we may gather to say goodbye.

We, who have gathered, have all been affected by the death and it has affected our lives. The new realization that occurs at the time of parting, is that life will continue after the funeral without the deceased. And we all agree that it is so. So we have to redefine life which is now a life without the deceased. The ceremony helps us move on.

After a funeral of an elderly man, a little girl comes to me. She stands with her arms crossed and looks up at me. So she says: “Listen, priest. It was my grandfather who died and in order to be happy again, you have to be sad first. ”

When I listen to her, I understand that a wise adult has sat next to her in the church and explained why the other guests were sad. To enable one to feel joy in life again when grandfather has died, one must say goodbye and be sad first. The tears must be shed for there to be room for joy again. It helps us understand the funeral.

Should children be allowed to attend the funeral?

One of the most common questions I get is whether children should be allowed to attend the funeral of a relative. My answer is, I think so. But you need to prepare the child before the funeral and help them when you are there.

I understand that you as a parent may ask yourself this question, especially if you don’t have much experiences with funerals. You may find it uncomfortable to go to a funeral and you will want to protect your child from feeling the same discomfort.

Children are not harmed by seeing a coffin or an urn or seeing other people sad. As long as there is an adult there who can explain to the child what is happening. It may therefore be wise to engage another adult who can attend the funeral, if you feel that you will be so sad that you cannot take care of your child at the same time. I know some parents have asked preschool staff or someone from their circle of acquaintances to come and sit with the child. It has gone really well.

The funeral will afterwards be part of the family’s story and even if the child does not remember being there, it is important for the child to be part of the story. So later in life, when the questions come about, for example, grandfather’s death and funeral, you as a parent can tell the child that they were also present at the coffin and said goodbye to grandfather. The child is included in the story and not left out.

Prepare a child for a funeral

Tell the child what has happened and that the family will go to the funeral. Explain what it will look like, whether it is in a church or elsewhere, and that there will be a coffin in the room and who is in it. Describe what a coffin looks like.

Tell them why you want a funeral and why it is important to go there. It can be good to prepare the child for the fact that many will be sad and why they will be sad. Sometimes the child gets sad themselves and then you can tell that it is not dangerous to be sad at a funeral, but that it is a good opportunity to be sad at the funeral.

If you do not know how the funeral will take place, you can contact the funeral home or the person who performs the funeral beforehand and ask them to explain it so that you can prepare the child. You can also go to the place of the funeral with the child, a few days before and see what it looks like.

You can encourage children to draw drawings before the funeral which you can then leave on / by the coffin.

It can be good to bring some light distractions for the child. A book to look at, a box of raisins to chew on or something else that can catch the child’s attention when it gets boring. Do not forget the stuffed animal. It’s a great friend to bring to funerals.

A good book to read before is “All the dead little animals ”By Ulf Nilsson (in Swedish). The book is about three children who will make the world’s best funerals.

Audiobook: All the dead little animals by Ulf Nilsson (in Swedish)

Booktips: All the dead little animals by Ulf Nilsson (in Swedish)

Children quickly notice if their parents are stressed or anxious. When they notice that something is going on, their reactions can be to become defiant and resistant. Sometimes when the child arrives at the funeral place, they may express that they do not want to be there but want to go home instead. Many times it is not about the funeral itself, but more about the child’s care for the parent. The child has noticed that the parent is stressed and anxious and wants to keep the family away from the unpleasant situation. Therefore the child thinks it is best to go home. For a child, these are normal reactions to an abnormal situation, especially if they have had no previous experience of funerals. Then you can remind the child and yourself why it helps to stop and say goodbye.

You can ask to come a little earlier to the funeral and become familiar with the coffin. Go in to look at the coffin and the room the ceremony will take place, before the others come. I usually meet families with children outside the church and then we go together to the coffin. I explain what they see and what will happen. There, they are allowed to touch the coffin. I show them that there is nothing dangerous about the coffin in the room. If you have drawn drawings that you have brought with you, the child can leave them at / on the coffin.

By sitting with your child and explaining to them what happens during the funeral, the child gets the support they need to be able to participate. And by having the child see what is happening, the child is not left out. They won’t have to rely on their own imagination about what a funeral is.

After the funeral, it is important to praise the child for being there. Ask if there was anything that was strange or if the child is wondering about anything. You can use yourself as an example. Explain that you were sad but happy that you got to be involved and say goodbye to the person who has died.

The steps up to heaven

Sometimes the child may have thoughts that you have not thought about yourself. Once, after a funeral, a little girl told me she was angry with me. She felt cheated because she thought the funeral was the time when she would see her little brother go up to heaven. But there had been no ascension in the church. Now she was really angry. We solved it by having her draw a drawing for me at the memorial service; a picture where her little brother went up to heaven. I will always remember what she drew. A long, long ladder that went all the way up to the sky and her little brother climbing the ladder. Down in the field stood three figures – mom, dad and big sister. When she got to draw and explain to me how it works, she was happy and could play with the other children who were there.

Play after the funeral!

Drawing or playing at a funeral after the ceremony is also a good way for the child to process their experiences of the funeral.