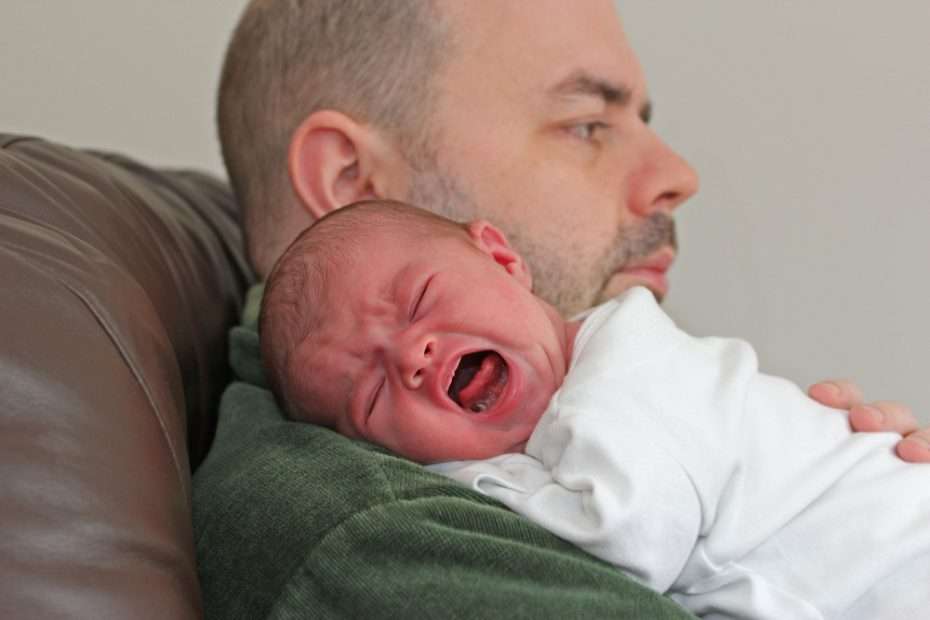 Facts and advice about colic and how to survive as a parent. Written by pediatricians for parents. Infant colic affects between 3-30% of all infants. Babies scream inconsolably for hours a day, usually in the evenings. As a parent, you can feel hopeless. Read about what helps and what does not. And remember – it will pass!

No one knows why babies get colic. They often pull their legs up to their stomach when they scream so it looks like they have a stomach ache. The fact that they’re in pain is probably pretty clear. Several studies show a link between colic and the development of migraines at a later stage in life. So it’s possible that infant colic is the immature nervous system migraine variant. They haven’t tested migraine medications for the condition, but that’ll be interesting when they do!

Infant colic always goes away by itself

Colic often starts at three weeks of age and always passes by itself. Often it gets much better at three months of age. The vast majority of babies are clear of colic at 6 months of age.

Stomach drops with lactobacilli, or probiotics (eg. Semper’s stomach drops in Sweden), have been shown in several studies to reduce screaming. Give it a try! There are no known side effects in otherwise healthy infants. Stomach drops with other bacteria have not been studied, so we don’t know if they work scientifically.

Minifom does not help against colic

There have been several studies on dimethicone, found in Minifom, to treat colic. It has not been shown to have better efficacy than placebo, or inactive drops. Minifom, however, is not dangerous, so try it if you want.

There have only been small studies on acupuncture treatment, and they have shown conflicting results. There are no reported or possible side effects. So, again, try it if you are looking for something more than just the probiotic stomach drops.

Intense screaming and dissatisfaction can be symptoms of milk protein allergy in infants. These children may cry less when breastfeeding mothers eat dairy-free products or if they receive formula without cow’s milk. Try cow’s milk-free alternatives and see if your baby feels better. If there is no difference, introduce milk again.

Surviving with colic in baby

Some babies scream less when someone is carrying them around. If this is the case, then do it.

Read more about cuddling babies in your arms

Other babies scream less when they are driven. Then you may have to drive around a few hours every night.

No one can handle baby colic alone. If you are two parents, split up. Make sure that the parental leave parent is also allowed out of the home every day.

When you can’t stand colic screams

Parents dealing with colic occasionally get to a point where they really can’t stand it anymore. Then it is perfectly OK to put the screaming baby on the floor or in the crib, close the door and take a break. It’s not dangerous for a screaming baby to scream alone for a while. What you must never do is shake the child violently or hurt it.

A pediatric nurse can support you in dealing with baby colic. If you feel that you need support at home or more concrete support to cope with your child – contact the Social Services in your municipality. Parental support is one of their most important tasks. A pediatrician can help rule out other diseases and prescribe cow’s milk protein-free formula.

Milk protein allergies in babies and milk-free alternatives for infants

Read about Parenthood the Swedish way – a science-based guide to Pregnancy, Birth and Infancy

previousBabies sweat in hot weather – should you give them water?
nextFeeling like a bad mother? – When you can’t cope with your kids