Hem Constipation in babies and children – does lactulose help?

Constipation in babies and children – does lactulose help? 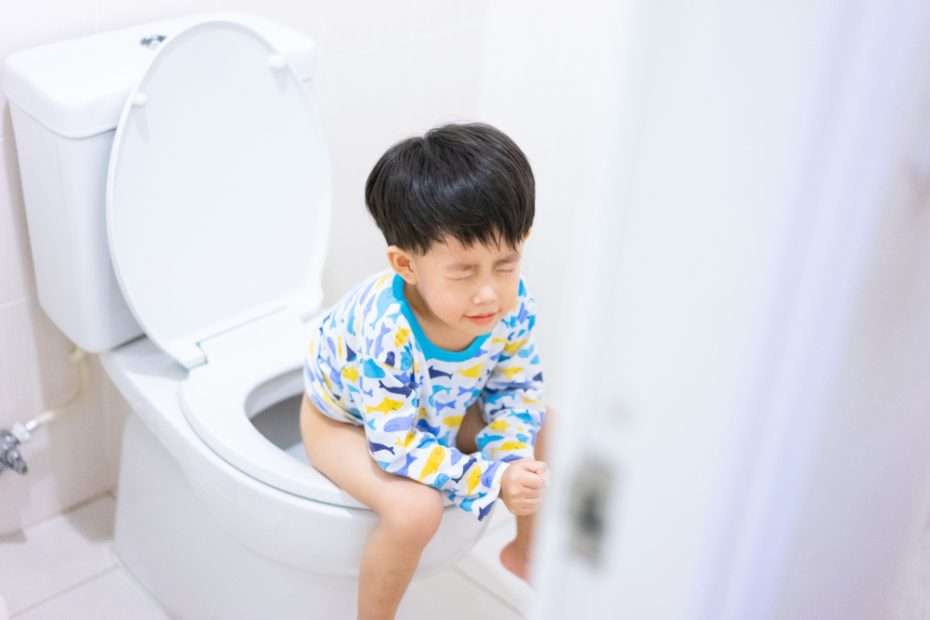 Constipation is a really common problem in children and babies. This is especially the case for bottle-fed babies, as well as those who have stopped breastfeeding. Full breast-fed babies rarely get constipated. So, can you give lactulose to treat constipation in babies and children?

Read further to learn more about constipation in babies and children, how to treat it and lactulose. Facts and advice by pediatricians.

Read more about baby poop – what is normal and what is not, in this post.

The symptoms of constipation vary, and not all children have all the symptoms. Those who have constipation have difficulty defecating or think the stools are hard. Many have stomach aches which are sometimes associated with mealtime. Some have pain in the bum, perhaps because the hard stool has caused a tear. Some feel sick, and if the constipation is really bad, some vomit. Loss of appetite and whining is also common. in children with constipation

Fecal traces on underwear, or stool leakage (aka fecal incontinence) is usually the result of constipation. Sometimes there is such a large mass of feces stuck in the colon that the pressure forces some feces to seep through, leading to smeared underwear. This also makes it difficult to detect constipation, because everything that comes out is so loose.

Watch this educational video about constipation and constipated diarrhea

The vicious cycle of constipation

When the stool becomes hard and thus difficult to pass, children will then avoid going to the toilet. The stool remains in the intestine and subsequently, the colon mucosa absorbs more fluid from the stool. This makes the stool even harder and even more difficult to pass. Once the child tries to poop, it hurts even more. So the child will hold on even longer. A vicious cycle is occurring.

In a child who is not constipated, the rectum is empty. When it is filled with fecal matter, signals are sent to the brain that it is time to poop. In a constipated child, there are feces in the rectum most of the time. The gut sends signals to the brain, and when it is not possible to poop, the signals are interpreted as pain instead. Or your gut gets tired of sending signals that don’t lead anywhere and thus the child stops feeling the urge to poop.

The aim of long-term treatment for constipation is to break the vicious cycle and to allow the signalling system between the gut and brain to be recovered. These processes take time, generally several months. It is therefore important to continue treating constipation until the child has developed confidence and a rhythm. Do not stop after a week or two even if the child poops every day.

In mild constipation, dietary changes may be sufficient. Obviously, the child needs to embrace these dietary changes. Picky eaters, however, may need to skip this step and be given medication right away.

The most classic household remedy for constipation is probably prunes. It works quite well against milder constipation. Of course, it’s easier said than done to give prunes to a discerning preschooler. But for babies who eat canned food, you can try giving prunes and pear purée.

High-fiber food is usually recommended for constipation. For children, fiber-rich, moist fruits such as well-ripened pears, plums and apples tend to help. However, dry fibres, as in whole grain products, can have the opposite effect if the child doesn’t drink a lot of water concurrently. Try it out.

Many people try a dairy-free diet to help relieve constipation. In isolated cases, it works. It’s assumed that the child has a form of cow’s milk protein allergy. In the vast majority of cases, it doesn’t help. And if that’s the case, it’s important to start drinking milk again.

For children who have stopped wearing diapers, it is good practice to introduce a toilet routine. Allow the child to sit 10 minutes on the potty /toilet twice every day. Preferably after meals when the intestine has an easier time emptying itself. Some toddlers just want to poop in their diapers for a long time. Then let them do that, if that’s possible. Let them sit on the potty with their diaper on. The squatting position and floor support can help with their bowel movements.

If dietary changes and toilet routines do not help, medications are needed to treat the constipation. It is extremely common for children to take medications for constipation at some point during childhood. And some may need it for many years.

Lactulose is a liquid medicine for constipation. It consists of long sugar molecules that are not absorbed into the blood stream but instead, settle in the intestine. There, the lactulose molecules extract water from the intestinal wall and the stools become looser. Lactulose tastes sweet and therefore tends to be easy to give to most children.

Lactulose is available without a prescription at a pharmacy. A common dosage to start with is 5 ml twice daily, reducing or increasing the dose according to results. The Bristol stool scale, a stool classification chart, is great to use to decide whether you need to increase or decrease the dose. Preschoolers usually find it quite fun.

A common but harmless side effect of lactulose is gasiness, which can cause stomach aches. Lactulose is harmless and can be used for many years without the intestine becoming “dependent” or damaged. Due to gasiness, Lactulose is not usually favored in schoolchildren and teenagers. If your child needs constipation treatment longer than three months, seek medical advice to rule out underlying cause.

Macrogol has many different brand names. They are sold as powder in sachets that dissolve in water. Some brands have the junior sachets that contain half the amount as an adult sachet. Of course, you could just as well buy the adult sachets and use half as much.

Macrogol is a type of fiber that settles in the intestine and attracts fluid so that the stool becomes soft. It is effective and generally doesn’t have gasiness as a side effect. The disadvantage is that it can be difficult to get children to take the solution.

The different varieties taste a little different. Movicol has a salty taste that many people do not like, and that cannot be hidden by juice or similar liquids. Omnilax or Forlax do not have the salty taste and are usually better tolerated.

An adult sachet or 2x junior sachets is usually a good starting dose for school-age children. At pre-school age, a junior sachet or half an adult sachet is a good starting dose. Increase or decrease dose according to the Bristol stool scale as advised. These medicines are slow acting and you do not have to be prepared to go to the toilet immediately after drinking them. Defecation becomes easier the next day.

Lactulose is harmless and can be used for many years without the intestine becoming “dependent” or damaged. If your child needs constipation treatment longer than three months, seek medical advice to rule out underlying cause.

If the child has severe constipation and acute stomach ache, an enema might be helpful. An enema is inserted into the rectum which will hopefully lead to rapid bowel movement.

Klyx is an efficient and fast-acting enema available without a prescription in pharmacies. For fever-free children over 1 years old, with a stomach ache, and otherwise good general health, where you suspect constipation, you can try inserting a 120 ml Klyx enema at home. It is often rapid and effective. But it’s common for the symptoms to reoccur in the near future. Therefore, lifestyle and dietary changes are often needed and in some cases, children require daily medication for a period of time.

Microlax is a small microenema that works by irritating the intestinal mucosa and thus encouraging the stools to come out. This is often effective, but it stings and hurts many children, so choose Klyx instead.

Resulax is also a small microenema, but unlike Microlax, it does not sting. It is a good alternative to Klyx. Many find it easier to insert into the rectum as it is smaller and smoother.

Common causes of constipation in children

Constipation commonly arises due to a change of some kind eg. diet, environment etc and not commonly because of any underlying disease. During childhood, three periods of constipation are most commonly seen.

Other changes may include travel, stressed periods and common infections. The latter affects the intestine in several ways. On the one hand, the infection itself can change the intestinal flora, as is the case for gastroenteritis. On the other hand, children usually eat and drink worse when they are sick. This combination, together with fluid loss in the form of vomiting, diarrhea, fever or increased breathing, results in drier and harder intestinal content.

When should I seek medical care for my child’s constipation?

Severe, acute problems, or palpable abdominal pain that does not improve after Klyx, needs to be examined by a doctor the same day.

Read more about abdominal pain in children in this post.

Constipation that isn’t resolvable at home, or that requires treatment for more than three months, requires a doctor’s appointment. Seek a medical center or pediatrician’s office. Tell the medical staff that you are giving treatment for constipation.

Stomach pains in children – is it the appendix and what to do?

Baby poo – what is normal and what is not? Green poo or slimy – what does that mean?

Potty training – when to stop using diapers and how to become diaper-free.