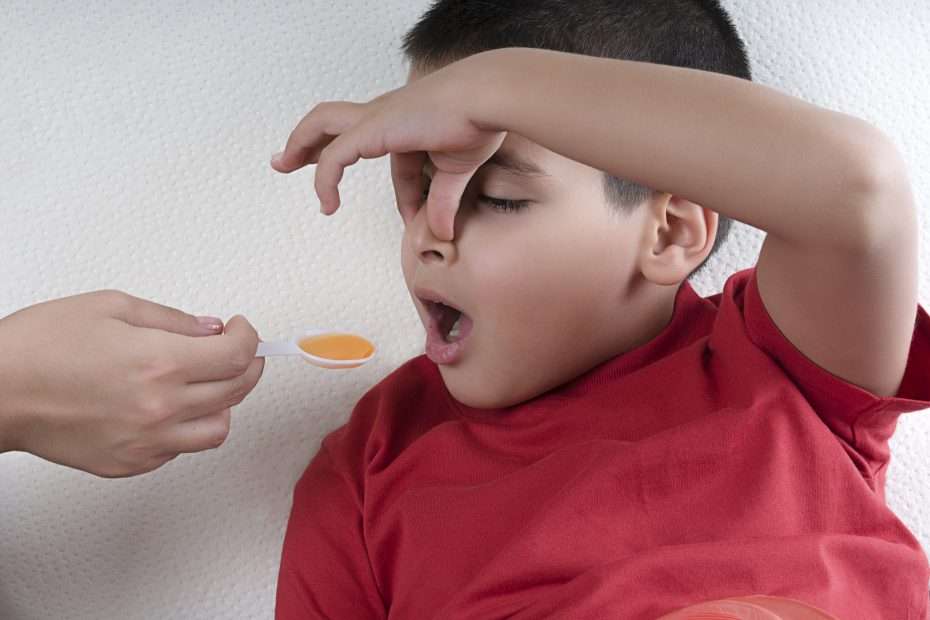 I wrote the other day that in scientific studies, honey has been shown to be effective against coughs, unlike cough medicine. It is really surprising how scientific studies have shown little proven effect common cough medicines, such as Cocillana, Mollipect or liquid Bricanyl, have against coughs. In this post, I go through what medications are available and how effective they are.

I can’t find any studies at all on the effects of cocillana extract or senega extract. As for ethylmorphine, reliable studies proving its effectiveness against coughs are also lacking. However it is widely known and extremely relevant to know, that ethylmorphine, like other morphine preparations, has a respiratory-suppressing effect. Sucrose is a common sugar and ethanol is alcohol. We don’t usually want to give children alcohol in other contexts, so why now? There have been regular cases of child poisoning caused by cough medicines containing ethylmorphine, where in the most serious cases the child suffered from respiratory arrest.

Contains bromhexin and ephedrine. Bromhexin is marketed as an expectorant and ephedrine as a decongestant and bronchodilator. Bromhexin has no significant effect in children, and a small study shows efficacy in adults. No serious side effects are known.

Ephedrine is a potent medicine with a proven effect against asthma in children over seven years of age, but it is no longer used for asthma because there are more modern medications with a better side effect profile. It has no proven effect against asthma in younger children nor against coughs in any age group. Ephedrine has many side effects including anxiety, insomnia and rapid heart rate. Serious side effects can also occur include hallucinations, seizures and heart rhythm disorders.

Lepheton combines ethylmorphine and ephedrine. In conclusion, there is no proven effect against cough. Instead we have two drugs that put children at risk of serious side effects, and especially at high risk if there an overdose.

Read about croup and what to give instead of Lepheton-Desentol here.

Contains guaifenesin. There is a very small study that possibly showed some effect in adults.

FASS (Pharmaceutical Specialist in Sweden) says “Noskapin has central antitussive properties, comparable to codeine”. That’s interesting… seeing as codeine has no better effect than placebo (a control substance that has no therapeutic effect and is ineffective) against coughing. The antitussant effects of Noskapin are studied in a very small (18 subjects) study. In that study, Noskapin and placebo (in this case, citric acid solution) had an equal effect against the cough.

Codeine is transformed into morphine in the body, and, like all morphine preparations, is habit-forming and associated with significant side effects. Abuse occurs. Codeine has not been shown in studies to be more effective against cough than placebo. Instead, in case of an overdose, there is a risk of respiratory arrest. It is not approved against coughing in children (thank god!). As far as I know, it is not used at all in children.

Bricanyl or Ventolin are excellent at opening the airways when inhaled. Note, I wrote inhaled. Then they can help with asthma. However, the liquid forms have no proven effect against coughs.

You can read about intrinsic asthma here.

How to see if your child has asthma or difficulty breathing, you can read (and see videos) here.

Thus, there is no prescription cough medicine (or non-prescription either for that matter) that has proven effect against cough. The good news is that you do not have to visit the medical center or emergency room when the child has a cough. Cough medicine has more side effects than it is effective, and I find it rather concerning that they are registered as medications for children.

In all cases, except in the case of really severe coughing attacks where the child simultaneously has difficulty breathing, or loses their breath, or vomits at the end of each coughing attack, a parent’s loving care at home is the best! With or without honey. (Note that honey should not be given to children under one year of age. It may contain spores of the bacteria Clostridium botulinum that can incapacitate infants and can therefore cause serious harm)

previousGet started with breastfeeding – when does the milk come?
nextiPads or mobiles for small children – is screen time dangerous?