How a baby’s immune system works – about breastfeeding and antibodies 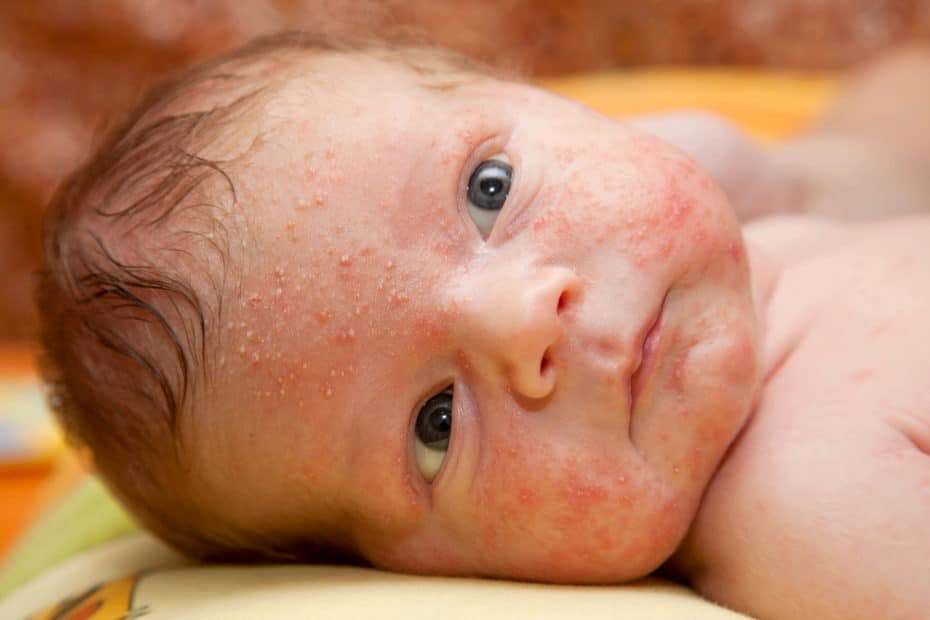 A healthy newborn baby has a functioning immune system

A newborn has a fully functioning immune system. A child has the full capacity to form immune responses to virtually all types of infections (exception: capsulated bacteria). BUT since the child has not had any infections, it lacks immunological memory. When you first encounter a virus, you get sick. At the same time, the immune system is activated and after the infection the immune system remembers exactly what this virus looks like. If you encounter this particular virus again, your immune system may eliminate the virus before you even have time to show any symptoms.

Read more about how vaccines work on the immune system

Now, unfortunately, there are hundreds of different viruses. If you have not encountered a particular virus before, you also have no immunological memory to it and will get sick. Since a newborn has no immunological memory, they simply have to go through all the viral diseases in order to develop an immunity. Unless there’s a vaccine. This is the simple explanation for the fact that toddlers “are sick all the time”. Preschoolers have an average of 6-8 viral infections per year, compared to adults who “only” have 2-4 per year. The good news is, if you have many infections as a child, for example because you are in a kindergarten, you will get fewer infections when you start school. All because of the immunological memory!

Read more about recurrent fever and infection in children

To compensate the newborn for the lack of immunological memory, the baby receives ready-made antibodies from the mother during pregnancy. IgG antibodies are actively pumped through the placenta to the baby. Therefore at birth, a baby will have higher IgG levels in the blood than the mother! These degrade gradually, while the child begins to form their own IgG antibodies.

Calves and pigs, for example, lack this excellent system and have no ready-made antibodies like newborns. They die if they do not get breast milk immediately after birth, because that’s when they take up IgG in the blood.

The newborn is thus pumped with antibodies from the mother. As additional protection, the newborn receives large amounts of pre-produced IgA antibodies via breast milk. This IgA is not taken up, but is kept out on the mucous membranes where they prevent bacteria and viruses from entering the body. Therefore, breastfeeding protects against infections, especially sepsis (“blood poisoning”, i.e. bacteria in the blood) and bacterial diarrhea diseases. This is vital in poor countries. But in Sweden, blood poisoning is rare in healthy full-term infants and we can generally treat it with antibiotics. Virtually no infants in Sweden become ill with bacterial diarrhea diseases (Salmonella, Shigella and others). The most common bacterial infection in Sweden is ear infections, where breastfeeding provides some protection.

While IgA in breast milk protects against intrusion from viruses and bacteria, they also prevent them from coming into contact with the child’s immune system and thus allows time to build-up an immunologic memory. Nature prioritizes a child’s growth so that they will be better equipped when the infections strike. They do this as soon as breastfeeding ends. Then the child must make his own antibodies. In countries with a lot of infections and a lack of clean water, this is a dangerous time as children often experience severe diarrhea, so-called “weaning diarrhea”. Weaning diarrhea does not exist in a country with high hygienic standards like Sweden. The fact that the child received IgG from the mother (via the placenta) and IgA (via breast milk) does not mean that the child’s own production is sped up, quite the opposite.

WHO recommends exclusive breastfeeding (full breastfeeding) for four to six months. The aim is to reduce the risk of infections and malnutrition in countries with high infant mortality and lack of clean water. The main reason for full breastfeeding in high risk areas, is that the water, bottles and breast milk alternatives are pre-populated with bacteria, often dangerous ones. In addition, children are often malnourished when feeding formula in poor countries with poor hygiene, both because of the diarrhea and because mothers cannot afford to buy enough replacement powder and/or the powder has been diluted too much.

In countries with clean water and safe food, there are really no strong medical reasons for full time breastfeeding. Replacement mixed according to the instructions on the package is good enough for the child here, even if it does not contain IgA antibodies at all. Just as you say, since ancient times humans have chewed food and put it in the baby’s mouth. Many studies show that children from all over the world, at any time, even now, have been tasting one thing or another in parallel with breastfeeding.

Get started with breastfeeding a newborn

Formula-feeding your newborn – how much and how often?

More about strengthening your baby’s immune system by sucking on their pacifiers can be found here.