Hem How to stop breastfeeding – when is the right time? 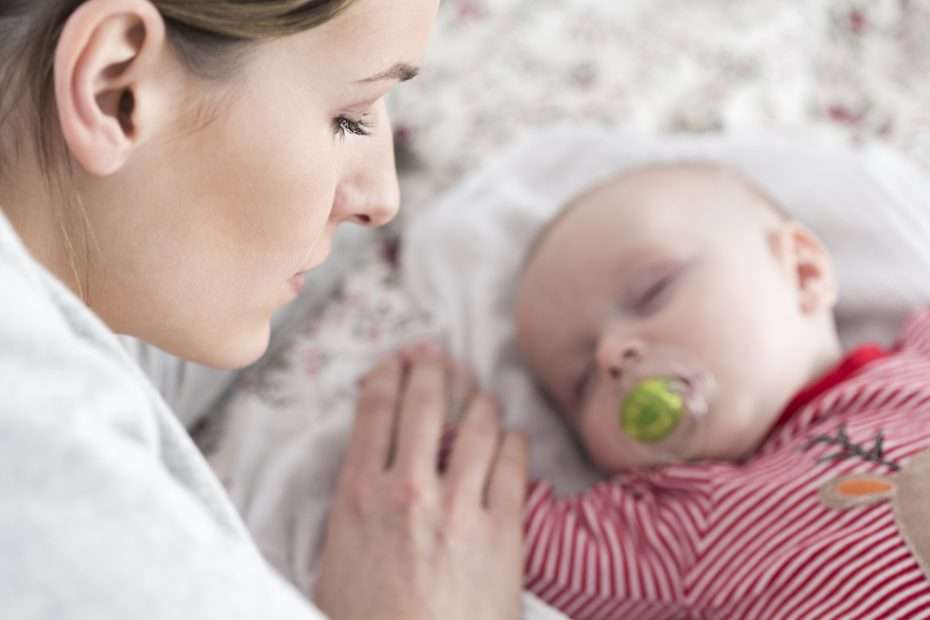 Mom and baby choose when to stop breastfeeding

Sometimes as a mom, you may need to take medications that are contraindicated in breastfeeding. Or maybe you have a contagious HIV infection and shouldn’t breastfeed. In very rare cases, the baby does not tolerate the mother’s milk. That’s when you must stop breastfeeding.

But for the vast majority of a mother-child relationships, breastfeeding should end when the mother or baby does not want to continue anymore. For some, this happens in the first week of life. For others, this occurs in their fifth year of life. But for many, this takes place at some point in the first or second year of life. Babies are different and mothers are different. And every mother-child relationship is unique. The length of breastfeeding that once suited a mother with her first child, may not suit at all with her other children.

Read about how long you should breastfeed

Only the baby wants to stop breastfeeding, but mom wants to continue

This sometimes happens early in life, during the first weeks. Children prefer the bottle often when they don’t manage to get enough milk out of breastfeeding. It may be because the mother does not have enough milk, or that the baby is not so good at sucking.

If you as a mother want to continue breastfeeding, find out which situation your child may still like to breastfeed. For starters? For dessert? Before bed? For comfort and as cuddles? Then, continue to breastfeed in that particular situation. If you achieve a nice breastfeeding collaboration there, your baby may then want to breastfeed more and more. Or not.

It’s important though, not to fight too much against the baby’s will. As it rarely works. Try to follow the baby without struggling against them too much. Sometimes a supplementary nursing/feeding system can be great for babies who find breastfeeding difficult. An add-on set can also help. It’s a thin plastic hose taped to the nipple. On one end, the tube sits in the baby bottle of milk delivers and feeds the baby on the other end while they are sucking at the breast. Contact a nurse at a breastfeeding clinic for help with the feeding set. Breastfeeding shields are available for purchase at pharmacies.

Mom wants to stop breastfeeding, but not the baby

That situation is very common in larger babies. Mom wants to stop nighttime breastfeeding, or stop breastfeeding completely but the baby or the young child wants to continue. I usually have “one year of age” as some kind of mental boundary here. Under the age of one, it’s good to let the baby control as much as the mom can handle. Over the age of one, I think mom needs to decide a lot more about how much she wants to breastfeed. And set breastfeeding limits. For example, at home but not while out; or in the evenings but not during the daytime; or whatever you want.

Keeping in mind, a one-year-old is not carved in stone. On the contrary, rather they are shifting. But most one-year-olds usually eat so much that they manage to grow without breast milk or formula.

For some reason, the first ten days after childbirth impervious to breast engorgement. Therefore, if you stop breastfeeding in the baby’s first week of life, you do not have to be as careful weaning as you would weaning later in their life.

After the 10 days, you risk getting engorged breasts if you stop abruptly. Your breasts can become very large, swollen and painfully tender. This is caused by a build up of milk, blood and other tissues.

Weaning is preferred. Keep in mind that the more often the baby empties the breasts, the more milk is being produced. So as you reduce breastfeeding, the milk supply will reduce with a few days delay. A tight bra is a great aid.

Small tender lumps on your lactating breast/s may be a sign of blocked or plugged milk ducts. Let the baby suck on that breast to release it. At the same time, massage the lump towards the nipple as if to help the milk out. Don’t massage hard!

Many newborn babies can only go to sleep with a breast in their mouths. That’s nice. But when they’ve been doing it every night for seven or nine months, many mothers tend to long for some time to themselves. At that age, children are fine without food at night and sleep often gets much better when you stop night feeding.

Stopping night feeds in children is often a struggle. Perhaps the first big fight of will in the family. If this is the case in your family, decide if it is worth it. Discuss with the other parent what you think feels best. Some prefer the other parent to go to another room. Other mothers want to continue to night feed but with a tight sweater and bra and without offering the chest. Often there will be a few nights of much protest, before the child has learned that the breast is no longer offered at night.

But the other parent then, shouldn’t they be able to decide something about breastfeeding?

Introducing foods, other than breast milk, is different to stopping breastfeeding. Read more about it in the post: Taste portions – about introducing food other than mother’s milk or formula. In order for the child to meet their nutritional needs, especially their iron needs, they need to start with other foods at around 6 months.

I know many people who have balanced part-time breastfeeding and working without much trouble. We are the many doctors who have had to pump breast milk during our night shifts because on other nights have breastfed our rather large babies or children at home. Breast milk adapts to how often or much you usually breastfeed.

You have the legal right in Sweden to a breastfeeding break from work. But in my eyes, it is a lot to ask a partner on their parental leave to take care of a hungry baby and revolve it around my job. But if this suits the both of you, then do it! Go for it!

Bottle feeding your newborn baby formula – how much do you give? And how often?

Taste food portions – when and how to introduce food