Hem Iron deficiency and anaemia in babies, children and adolescents

Iron deficiency and anaemia in babies, children and adolescents 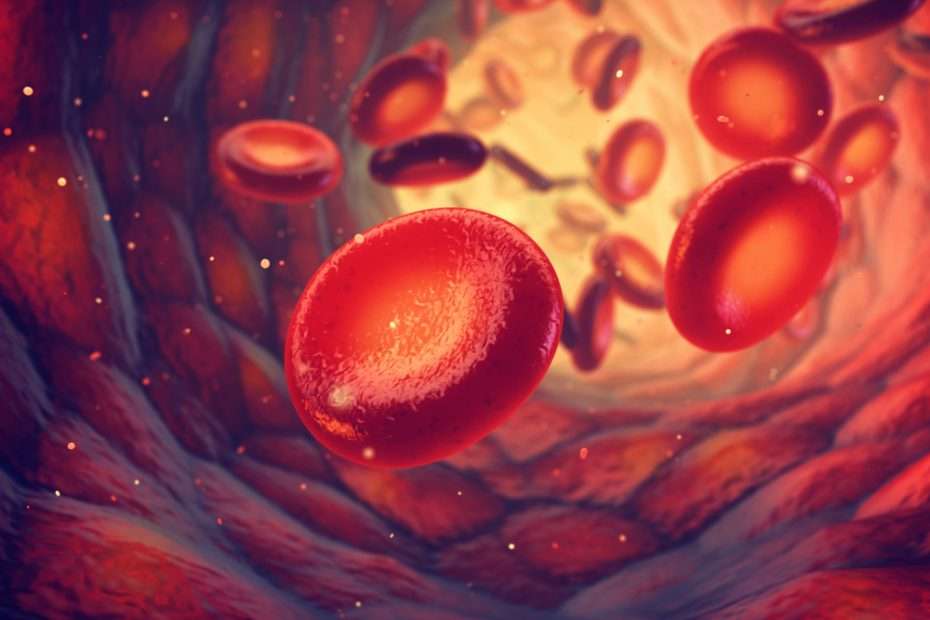 Why do we need iron?

Iron is required to form hemoglobin. Hemoglobin is a substance found in red blood cells, which carries oxygen from the lungs to the rest of the body. In the absence of iron, the body cannot produce enough hemoglobin and consequently cannot supply the rest of the body with enough oxygen. A child with anemia due to iron deficiency (or iron deficiency anemia in medical talk), becomes pale (which may be difficult to detect), tired (also difficult to notice) and does not grow accordingly. Anemia is not uncommon among 1-2-year-olds, even in Sweden. In severe anemia, the child becomes very pale, short of breath and has palpitations. This kind of severe anemia is rarely due to iron deficiency.

Swedish researchers have given iron supplements to children with a birth weight of 2000-2500 g and compared them with children with the same birth weight who received placebo (inactive medicine / sugar pills). The results were presented in Pediatrics in December 2012. In this study, significantly fewer children who received 1 and 2 mg of iron per kilogram of body weight per day at age 3.5, respectively, had behavioral problems compared with those who received placebo. The children’s intelligence measured by IQ was the same regardless of whether they received iron supplements or not.

Symptoms of iron deficiency in children and adolescents

Iron deficiency causes symptoms only when it has led to a deficiency of hemoglobin, which is called anemia. Anemia can also have other causes, but iron deficiency is the most common. The symptoms of anemia are pallor and fatigue. So if a child is unusually pale and tired, seek a doctor and take a blood count (Hb). If the blood count is low, check for iron.

Iron in the mother’s womb

During pregnancy, iron is sent from the mother’s blood to the baby’s. Therefore, it is important that the mother has enough iron in her blood. This is one of the reasons why iron values are checked at the medical center. Many pregnant women are recommended iron supplements.

A fairly large part of the baby’s blood is in the umbilical cord. For many years, the usual routine in many maternity wards in Sweden, has been to cut off or clamp the blood flow in the umbilical cord as soon as the baby is born. This procedure may be needed if the child is overwhelmed and quickly needs help with their breathing.

In November 2011, another Swedish study was published in British Medical Journal . In the study, healthy children were compared at four months of age after early (less than ten seconds after birth) and delayed (more than 3 minutes after birth) clamping of the umbilical cord. They had the same hemoglobin value, but only 0.6% of the delayed, clamped children had iron deficiency at the age of four months, compared with 5.7% of the early clamped children. No adverse effects were seen from delayed clamping of the umbilical cord. Delayed clamping thus seems to provide a supplement of blood and iron that is good for the baby.

Breast milk contains everything the baby needs during the first 6 months except vitamin D, and, possibly, iron. Breast milk contains very little iron. Iron stores from pregnancy and childbirth, if they are well stocked, usually last until the age of 6 months. So the current recommendations are that for healthy, full-fledged, normal-weight children, do not give iron supplements at all.

Children who are fully breastfed after 6 months age (ie children who do not consume anything other than breast milk when they are 8-9-10 months) often suffer from iron deficiency around 8-10 months old or so. That is why you should start introducing other foods at 6 months and preferably iron-rich foods.

Read more about taste portions and introducing other foods here

What about baby formula?

It is difficult to directly compare the iron content in formula and breast milk. The iron in human milk is bound to different proteins that are absorbed more easily by the baby’s gut than the iron salts in the formula. However, baby formula contains significantly more iron than breast milk does. Formula for children from the age of 6 months contains as much iron as fortified porridge.

Which foods are rich in iron?

Iron occurs in two forms in food. As part of the hemoglobin molecule (domestic iron) in meat and blood products and as a mineral salt in vegetable products. The body has a much easier time absorbing the heme iron. In addition, the “vegetable iron” competes to be absorbed in the intestine with calcium, which is particularly abundant in dairy products.

Most iron is found in blood products and red meat, both in milligrams, and in terms of how easily the body absorbs it. Fortified porridge contains about as much iron per serving as red meat.

You can see how much iron different foods contain on the National Food Administration’s page here.

Can I iron-enrich home-cooked porridge?

Yes, preferably with crumbled Swedish platbröd or “bloodbread” (a blood product, which is not suitable for vegetarians).

Recipes for homemade iron-enriched baby porridge can be found here.

I want to give my child vegetarian food, what do I do?

Read carefully about what foods you should give your child. Provide iron-rich foods for both lunch and dinner (beans, green leafy vegetables). Preferably dried fruit and finely chopped / ground nuts for breakfast. A lacto-vegetarian diet for children often tends to be rich in dairy products. Try not to give dairy products during every meal, as calcium competes with iron absorption. Feel free to give fortified porridge regularly.

My teenager wants to eat vegetarian

When teenagers want to eat vegetarian, it can be a sign of healthy development and liberation from the parents. However, it can sometimes also be the first step towards an eating disorder. Therefore, I always recommend children who want to become vegetarian, go to a dietitian for dietary advice. And if you as a parent think that the child is starting to get picky with food, or if the child is losing weight, seek help at the health center, at the school health service or with a pediatrician as soon as possible.

All posts about food for children can be found here

Read about gluten intolerance and celiac in children