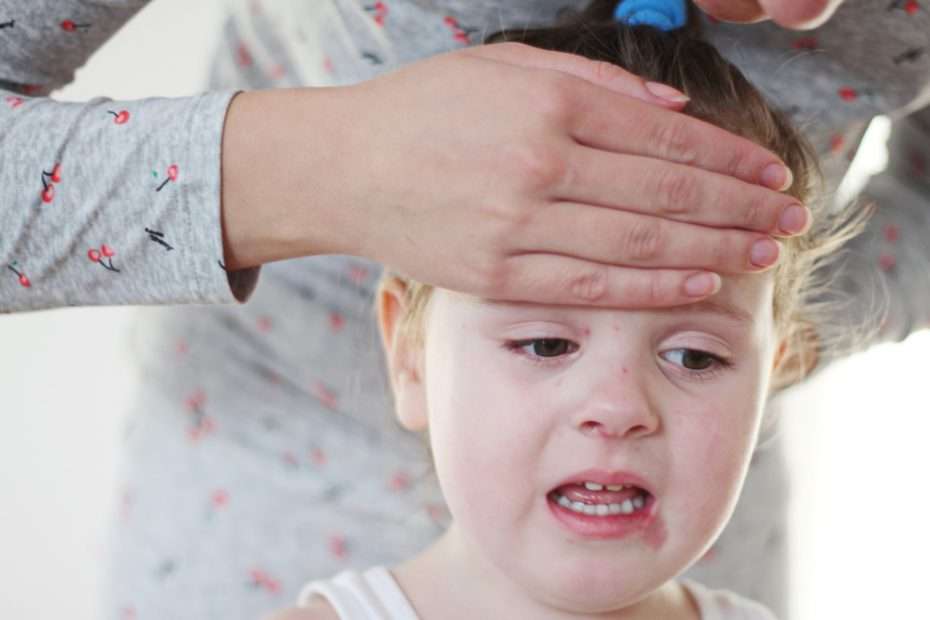 How often can a child be sick without anything being wrong? Are recurrent fevers and infections signs of a poor immune system? Many parents ask themselves these question. From winter until February/March their children may have been sick 10-12 times since preschool began after the summer. None of the parents remember the last time they have had a full working week.

Let’s go over how we characterize ‘a poor immune system’, and what you can do if your child has a constant cold.

The type of infection, not the number, determines what is normal

When I’m presented with a constantly sick child, my first question is – what kind of infections has your child had? Almost all children with recurrent fever have mostly had colds that have subsided in a few weeks, but with coughing for up to three weeks after each cold, that is, until the next cold begins… In addition, they have had some gastroenteritis and the occasional otitis or tonsillitis that required antibiotics. This is an indication of a healthy immune system.

More than 6 ear infections that have required antibiotics in a year – caution.

Some children with recurrent fever get otitis after virtually every cold. It is not, in itself, a sign of a poor immune function. If your child has had more than three ear infections in the last six months, make an appointment with an ear doctor for examination. It may be due to a gland behind the nose (adenoid) or the narrow size of the eustachian tubes that prevent the fluid from the middle ear flowing into the pharynx. If the adenoid is too large, the ear doctor can remove it. Otherwise, the ear doctor can insert tubes into the eardrum to reduce the occurrence of ear infections and allow drainage. That way you can be treated with antibiotic drops locally in the ear instead of antibiotics via mouth.

If the child still continues to have stubborn ear infections, their doctor may have to take basic tests to investigate their immune system. Often it works, but sometimes you find a slight immunodeficiency in these children.

Difficulty breathing and coughing terribly for months after every cold

Children who have difficulty breathing with a cold, and often cough for months after each cold, are likely to have intrinsic asthma. There is solid treatment and prevention against intrinsic asthma. The treatment goal is to reduce the number of hospital admissions for colds. Treatment is appropriately carried out by a pediatrician in a pediatrician’s office or medical center.

Infants who do not grow and have repeated severe fungal infections in the mouth and on the bum, or never get rid of a cold, may have poor immune systems, or in other words immunodeficiency. If you think this is the case for your child, seek a pediatrician and ask for an assessment. These are very rare diseases, a few children per year in Sweden, so most pediatricians have to ask a more specialized colleague in order to make this assessment correctly.

More than two pneumonia in a year

If your child gets repeated pneumonia that need antibiotic treatment, make sure the child is x-rayed every time. Then ask the doctor if the pneumonia are in the same place in the lung. If the pneumonia are in the same place, you should check if there is something in the lung that should not be there. In children, it is usually pieces of food or lego pieces that have sat in the throat and then somehow gotten into the lung. In half of these cases, the parents cannot recall that there was something in the child’s throat.

If the pneumonia sit in different places, it may also be appropriate to take basic samples to test for a poor immune system.

Some forms of rare serious immunodeficiency disorders make themselves known as repeated intractable abscesses. This can occur on the skin, sometimes in the liver, kidney, lung or brain for example. If your child has had such severe illnesses, the pediatrician should have investigated for immunodeficiency, if not, ask for it!

There is no need to worry no matter how many colds your child gets. Recurrent fever itself, repeated colds or gastroenteritis are not due to a weak immune system. However, if the child gets repeated bacterial infections that require antibiotic treatment, or repeated intractable fungal infections, it may indicate an immunodeficiency that needs to be investigated and perhaps treated.

Sore throat and a cold in children

How do vaccines work? Vaccines strengthen the immune system, but how?