Rotavirus vaccine – effectiveness and side effects 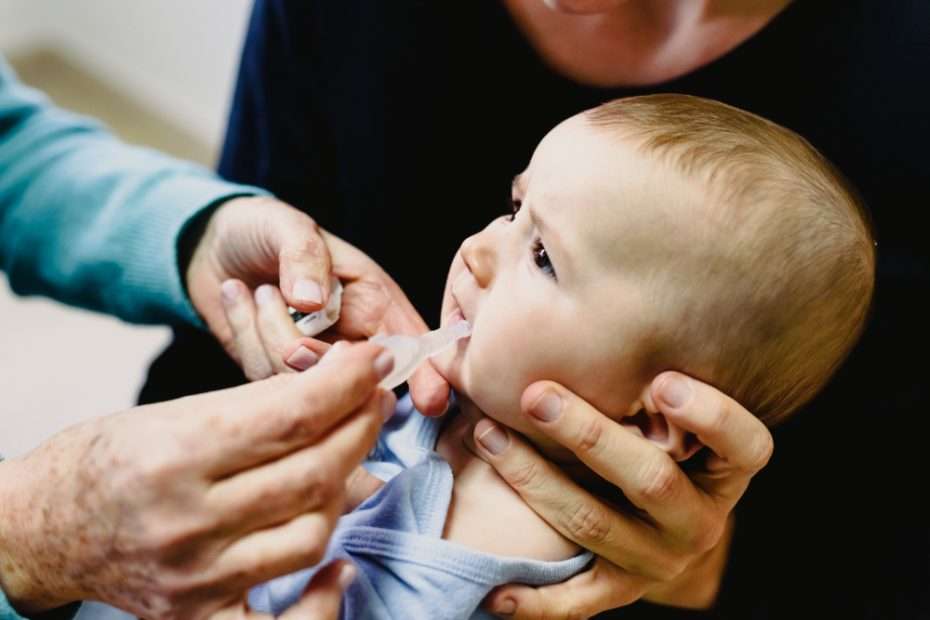 Rotavirus vaccine is the latest vaccine introduced to the Swedish National Immunization Program. It is a vaccine against severe gastroenteritis that is given orally. Rotavirus vaccine is a live vaccine. That means that it can lead to a mini version of the disease. Stomach aches, fever, a little vomiting and mild diarrhea are also common side effects.

Rotavirus is a stomach virus that is highly contagious. Most children who are not vaccinated, are affected during the first years of life. Rotavirus infection causes intense diarrhea for several days, and children rarely recover until about a week or ten days afterwards. Before the vaccination, the rotavirus was a common cause of children seeing by a doctor and then admitted to children’s hospital. In general though, children in Sweden did not die of rotavirus infection.

Diarrhea is one of the major child killers in the poorest countries in the world. Diarrhea spreads easily through contaminated drinking water. It leads to severe dehydration or death when no medical care is available or when no clean water is available to treat the dehydration. When children are malnourished and ill from the outset, the consequences are even worse. According to the WHO, around 450 000 children died in 2008 from rotavirus-induced diarrhea. More than 90% affected where children in poor countries. Children in Afghanistan were at highest risk of dying from rotavirus in the world with 474 children out of 100,000 died of the infection. Fewer than 1 in 100,000 children in Sweden died of the same disease.

There are two vaccines against rotavirus, and both are live attenuated vaccines. Both are given by mouth.

Rotarix contains a strain of virus that was initially isolated from a baby’s stool and then weakened in the laboratory. Rotarix should be given in two doses (each dose is one millilitre) four weeks apart.

RotaTeq contains five different virus strains originally isolated from both human feces and bovine feces. These viruses are then weakened in laboratories to avoid giving rise to disease in children with normal functioning immune systems. This vaccine should be given in three doses at 2, 4 and 6 months of age.

A previous rotavirus vaccine, RotaShield, was shown to have a serious side effect in 1 in 10,000 children after its approval. Intussusception, a disease that can even occur without vaccination or known infection. This is when a section of the intestine folds into itself like a telescope, also known as invagination. It hurts and is dangerous (or fatal) if it is not remedied in hospital. Thankfully, there is usually an easy remedy. X-ray contrast agents are inserted through the buttocks of the child while they are being x-rayed. The X-ray contrast agent creates a pressure which pushes back the intestine and usually solves the problem without surgery.

Two large studies have investigated whether Rotarix and RotaTeq cause intussusception, respectively. 60,000-70,000 children were included in each study, half of whom received the vaccines. A side effect affecting 1 in 10 000 children should have been detected. The study showed no increased risk of invagination in the vaccinated children, but this does not, of course, exclude the possibility that there is an increased risk of less than 1 in 10,000 children.

Low- and middle-income countries, where babies are at risk of dying from both rotavirus and invagination, the WHO expects that for every baby’s death from invagination that the vaccination possibly caused, approximately 150 children are saved from death from rotavirus infection itself. In countries with good access to child healthcare, such as Sweden, it is very rare for children to die from both invagination and rotavirus.

What about children with severe congenital immunodeficiency and the rotavirus vaccine?

The reason for not giving other live vaccines before 6 months of age is that you haven’t discovered all cases of severe congenital immunodeficiency (SCID). However, the rotavirus vaccine should be given at 6 weeks of age, and these children are certainly not always diagnosed with their immunodeficiency.

There are 2-3 children born with SCID in Sweden every year. These are very few children we are talking about. There are occasional reports of babies receiving rotavirus vaccine and then experiencing prolonged diarrhea and in turn proven to have SCID. They did not die of rotavirus infection (which was administered through the vaccine), but they also did not get rid of it for a very long time. And it hardly improved their health and conditions for the vital stem cell transplant they needed to undergo either.

Since babies are often unsettled in the days after rotavirus vaccination, consider whether your child has colic. If you are about to go mad from the baby’s screams and feel that you cannot cope with another shouting minute, I think you can abstain from giving the vaccination. At least if you intend to be in countries with good health care during the children’s first years. Perhaps a three-week stomach illness when the child is two, may be a preferable time for the vaccination, as opposed to the baby screaming and tearing the family apart. It’s an OK decision to make if that’s the case.

Rotavirus vaccination is life-saving. It is recommended in poor countries with malnourished children, dirty drinking water and poor or no access to child care. In Sweden, it prevents one-two weeks of VAB (parents staying home to take care of their children) with a not insignificant risk of hospitalization for each child. The disadvantages are a possible very small increase in the risk of invagination in the vaccinated baby. We run the risk of vaccinating children with isolated, undetected severe immunodeficiency who will have severe diarrhea from the vaccine virus. Some children also get a mini gastroenteritis and a small stomach ache in the days after vaccination.

How do vaccines work? How vaccines strengthen the immune system

All about gastroenteritis, stomach flu or winter vomiting

Pros and cons of the chickenpox vaccine

previousThumb sucking and pacifiers – good or bad for your baby?
nextGastroenteritis or winter vomiting in children – infection and incubation period