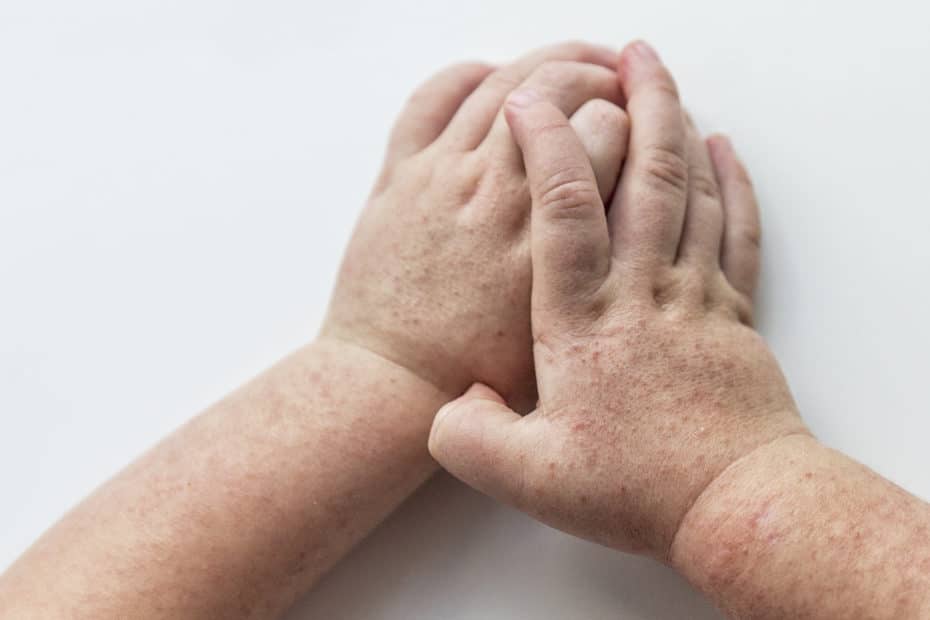 Is my child sick with streptococcus or not?

About a quarter of all healthy children have streptococcus in their pharynx. If they are well, let them be. You don’t gain anything by treating a healthy child with penicillin antibiotics. On the contrary, it disrupts the normal bacterial flora of the intestine and increases the risk of disease later.

You’ll recognize a child with streptococcus because they’ll display characteristic symptoms of the disease caused by the bacteria. But often a streptococcal test (StrepA test) can confirm your suspicions.

If your child displays mild symptoms of the disease such as an uncomplicated otitis or impetigo, then I’d recommend you avoid antibiotics. The risk of side effects is simply greater than the chance of gaining anything from the treatment.

In case of pronounced symptoms of the disease such as scarlet fever or tonsillitis with a high fever and difficulty swallowing, children should be given antibiotics to facilitate recovery.

In life-threatening conditions such as septicemia or meningitis, antibiotics and hospitalization are necessary.

Warning for StrepA test for a cold

Unfortunately children are prescribed penicillin antibiotics unnecessarily. Too often, doctors are testing for streptococcus and not considering that children might have the preexisting harmless bacteria in them. Therefore, it is best to avoid medical care if the child has a cold with cough, runny nose, sore throat and slight fever. And if anyone tries to take a throat test, question it.

Penicillin not only tastes disgusting, it can even do harm. If the child has a bacterial clone in their throat that doesn’t cause them illness, then it can be considered a nice enough one. If you kill it with antibiotics, there is a risk that a much more disease-causing bacterium will find its way in and start growing there instead.

Strep throat causes a high fever and sore throat (so sore that it hurts to swallow every time) but not a cough nor runny nose. Severely enlarged, sore lymph nodes on the neck are also common. When you suspect Strep throat, go to the medical center. A streptococcal test (StrepA test) will confirm the diagnosis.

Streptococcus can grow on the skin and present as a disease of its own eg. impetigo or erysipelas. If your child has impetigo with a fever, they should be treated with antibiotics. So, visit your nearest medical center.

Erysipelas is an angry, red, warm, fast-growing skin rash in combination with a fever. Your child will need antibiotics for erysipelas as well. So seek a medical center, or children’s emergency room if it’s closed, especially if the rash spreads quickly or the child is significantly affected by the fever.

Otitis may be due to streptococcus. But you can’t test without damaging your eardrum, so you don’t. Otitis that does not pass by itself in a few days needs to be treated with penicillin antibiotics.

Some streptococcus form a special type of toxin that is sent into the blood from the infection site and presents on the skin elsewhere on the body. There, the child gets a sandpaper-like, heavily blushing rash. And fever. This is called scarlet fever and should always be treated with antibiotics. Scarlet fever can be found no matter where the infection is in the body.

Sometimes streptococcus can spread back and forth between different family members or preschool friends. As soon as one gets well, the other gets sick. Sometimes you need to treat the whole family, including the dog, at the same time. The doctor at the medical centre provides coordinated treatments for a family, while the infectious disease control unit in the region can arrange infection prevention measures at a preschool if necessary.

It’s difficult to know whether or not to treat streptococcus carriers while the infection is spreading between people. It depends on how long it has been going on, which family members have had it, how sick they have become, etc. This is simply a case for the wise doctor to figure out. They’ll consider detailed information about how the disease moves between family members and whether there are members in the family who are very old or frail and may need extra protection.

Is there a vaccine against streptococcus?

Unfortunately, there are no vaccines against streptococcus on the market yet. Therefore there is no vaccine either against scarlet fever or strep throat.

Rashes and red spots in children – a visual guide

Sore throats and colds in children

Penicillin or antibiotics in children, Penicillin VK, Floxapen or Amoxil?