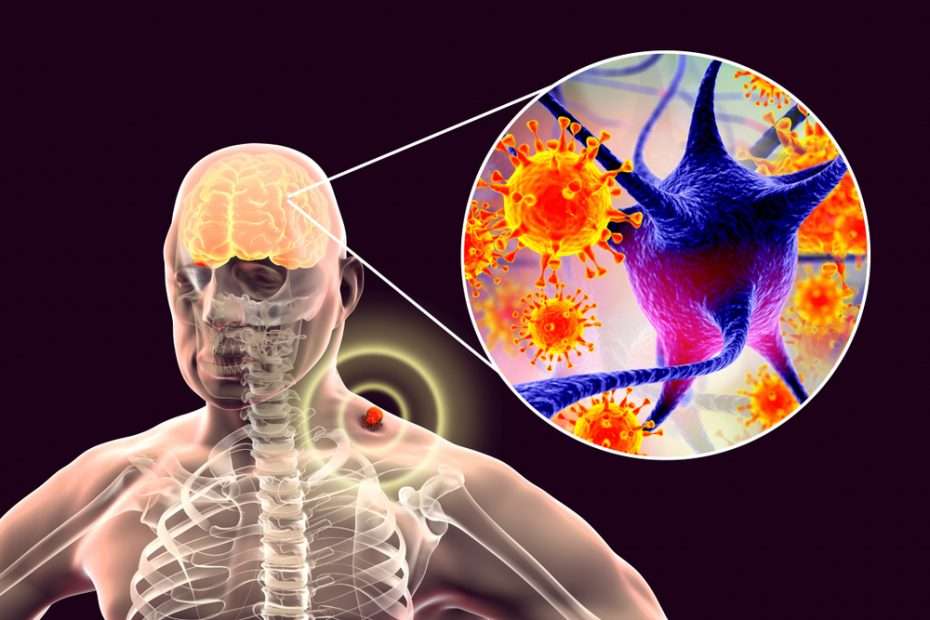 Facts and advice about TBE in children. TBE is short for Tick-Borne Encephalitis, or tick-borne meningitis. The virus is usually transmitted to humans through tick bites, but can also be transmitted via unpasteurized milk from cows or goats that have had TBE virus in their blood. When we get bitten by a tick that has the virus, the tick injects its infected saliva as soon as it bites.

TBE-infected ticks are found across much of the northern hemisphere. In Europe they are located in the Nordic countries, Russia, the Baltic states. Germany, Austria, Switzerland, in the Balkans and in the Italian Alps. In northernmost Sweden, ticks are rare and therefore TBE is also rare. At least 400 people get sick every year with TBE in Sweden

There is every reason to believe that the nearly 400 reported cases are not the only ones affected. In a Swedish study, researchers and pediatricians examined all children who were admitted to the pediatric emergency department in Huddinge with headaches, nausea, dizziness, fatigue over a period of time. They examined 124 children and found that 10 of them had TBE and 21 had Lyme disease. None of these children were very ill and if a specific study had not been carried out, they might not have investigated whether they had any of these tick-borne diseases.

Symptoms of TBE infection in children

Symptoms of TBE infection in children include fever, headache, nausea, sensitivity to light. Often but not always, fever and fatigue come first. After that, the child feels better a few days before the more brain-specific symptoms occur such as headache, nausea and perhaps seizures.

How is TBE diagnosed?

Diagnosing TBE is like putting together a complicated puzzle. One piece is a blood test for antibodies in response to TBE virus. The other pieces of the puzzle are symptoms consistent with TBE, and signs of inflammation in cerebrofluid after a lumbar puncture test.

Long-term effects of TBE in children

In 2013, pediatrician and researcher Åsa Fowler published a very important and well-made study on long-term effects in children after a TBE infection in The Journal of Pediatrics. Åsa examined the 55 Swedish children who contracted TBE between 2004 and 2008. In interviews and neuropsychological tests 2-7 years after the infection, it turned out that only one third of the children still had problems.

In interviews with children and parents, 29 out of 42 children interviewed told us that they had three or more problems. The most common problems were headache, memory problems, fatigue, irritability and concentration problems.

All children with TBE should be followed up

In the study, Åsa divided the children into three different groups: mild, moderate, and severe TBE infection. All but two children had headaches and all but one had a fever. Most children with mild infection, and almost all with moderate or severe TBE, had nausea or vomiting. Those with severe infection had either seizures, decreased consciousness or paralysis/loss of sensation or combinations of these. Children who had severe or moderate TBE had more problems with nausea and sensitivity to light at follow-up than children who had mild illness. But surprisingly, there was no difference in the other symptoms.

The psychological test BRIEF, which measures “executive functions” (i.e. how to perform tasks), showed that 11 out of 28 tested children had a value that usually involves difficulties in everyday life or in school work. Seven of the eleven had moderate to severe TBE and 6 had a milder variant.

The IQ test WISC-IV showed that the children who had TBE had an IQ mean of 85, compared to the mean value that the test is designed for a group of “normal children” to have, about 100. In particular, it was in the sub-test that measures working memory that more than half the children under-performed. There were no sure differences in children who previously had severe or mild symptoms.

Surprisingly, the study showed that TBE, whether mild or severe at first, seems to be just as dangerous for children’s brains in the long term. Åsa’s conclusion is that all children who have had TBE should see a pediatric neurologist afterwards. I wholeheartedly agree.

How is TBE treated?

There is no antiviral therapy to give. Children are given painkillers for the headache, drips and perhaps anti-nausea medications for nausea. Anti-seizure drugs for seizures and sedatives for anxiety. You’re also given physiotherapy if you have been seriously ill.

How to prevent TBE?

Effective and safe vaccines are approved from one year of age. They are not included in the children vaccination program.

If you want to give your children protection against TBE, you can go to a health centre or vaccination agency. It costs between 300 and 500 SEK per dose in Sweden (compare prices before you go and vaccinate yourself or your child!). It is given two doses one month apart, then one dose after one year and then one dose every five years. However, there is new research that suggests that it is sufficient enough to have booster doses further apart if you vaccinated during childhood. So don’t worry if it has been seven years instead of five between the booster doses. However, adhere to the first three doses in the schedule to get a good effect.

Read more about the TBE vaccine

Read more about Lyme disease in children – symptoms and treatment

Read more about tick bites in children – how to remove ticks, signs of Lyme disease and TBE

previousBaby poo – what is normal? Green poop or slimy – what does that mean?
nextMilk protein allergy in babies and milk-free infant formula