Hem To vaccinate or not to vaccinate? About vaccinations for babies 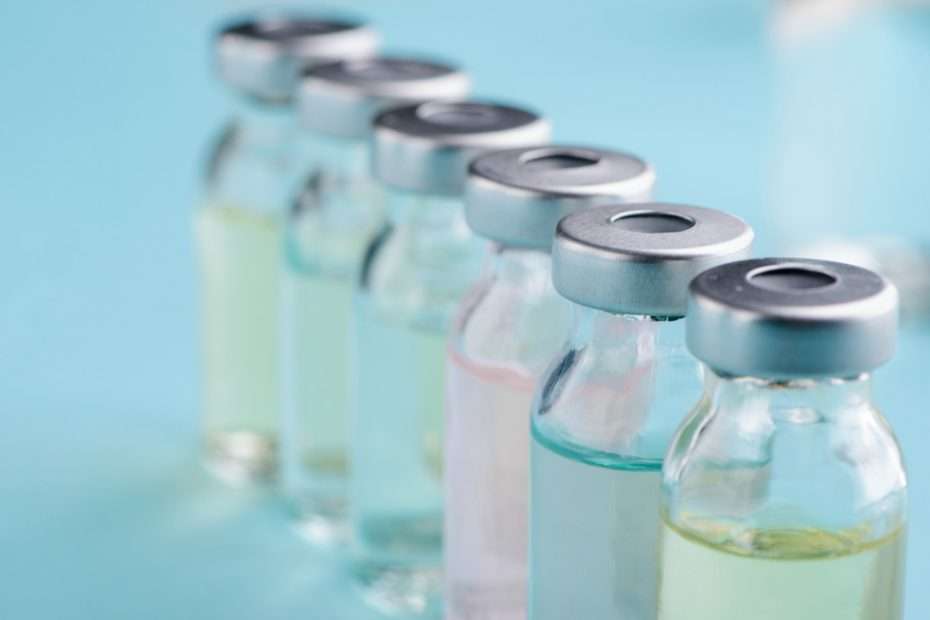 There has been a lot of debate about whether to vaccinate your baby or not. Here is a take on what Ursula Flatters, a physician at the anthroposophical Vidar clinic in Ytterjärna, said:

“Some parents choose to hold off on vaccinations until the child is a little older.
“On the one hand, they feel confident that the young child is protected by breastfeeding and the mothers’ antibodies, and on the other hand they simply do not want to expose the child’s body to the challenges of vaccinations before their immune and nervous system is more mature. The fact that the National Board of Health and Welfare has chosen all vaccinations to be given during the BVC period [0-6 years old] when the child is young, is not only because it is best for the individual, but because it is most practical and best from a socio-economic perspective, says Ursula Flatters”

This post was originally written in response to Ursula Flatter, and has been updated ever since.

1. A mother’s antibodies protect the child for the first three or four months, but certainly no longer than 6 months.

Mothers’ antibodies are transferred to the baby during pregnancy. Like all the antibodies we ever have and get, they are then broken down, until none remain at 6 months of age. Even at 3-4 months of age, most babies have such low levels that they are hardly protective.

In order for mothers to have antibodies to a disease that can be transmitted to the child, she must either be vaccinated or exposed to the infection. Many of the diseases we vaccinate against are not prevalent in society because so many are vaccinated, so mothers are likely to be both unvaccinated and uninfected.

2. Antibodies transmitted via breastfeeding do not provide nearly as good protection as vaccination

Certainly there are antibodies in the breast milk, especially antibodies of the secretory IgA. IgA acts locally in the intestinal mucosa and it is very possible that the secretory IgA via breast milk plays a role in the protection against viral stomach diseases. Breastfed children get less viral stomach diseases than fully bottled. But secretory IgA is not the type of antibody that we believe helps in the vaccination context. We believe that it is the type IgG antibodies in the blood that help (The type that is transmitted via the placenta to the baby’s blood).

3. The vaccines in the Swedish National Immunization Program are adapted to the immune systems of young children

4. Precisely because a young child’s nervous system (and brain) are immature, they should be protected against disease!

Ursula Flatters believes that you can wait to vaccinate until the baby’s brain is more mature. That is completely wrong. Precisely because a young child’s brain is growing and developing rapidly, they are the ones you are especially susceptible to infections. Therefore, protecting them is absolutely crucial! Many of the infections that we protect children against with the vaccinations in the children vaccination program, risk attacking children’s brains. We protect many children every year from brain damage with our vaccinations! I’m proud of that!

Why do we give the childhood vaccinations between 0-6 years?

Diphtheria, tetanus, whooping cough, polio, Haemophilus influenzae type B, pneumococcus (in Stockholm and for “risk children” in the rest of the country, including hepatitis B) are given at three and five months of age

Tetanus is fatal to anyone at any age. Tetanus caused by a bacterium found in soil and dirt that enters wounds, e.g. through splinters. There is every reason to vaccinate against tetanus as early as possible! (If your child receives a dirty wound before 5 months of age, i.e. before the child has received two doses of the tetanus vaccine, seek the children’s emergency room and ask for a dose of anti-tetanus “Tetagam”)

Haemophilus influenzae type B is a rare nasty bacterium that can cause larynx inflammation which suffocates the child making it fatal within hours. I have only seen this once since the vaccination against this bacterium was introduced before I started working as a doctor. Older colleagues, however, can tell you all the horror stories about larynx inflammation. However, I have seen a terrible brain infection caused by this bacterium. Precisely because infant’s immune systems are not as good as older children’s, they risk becoming even sicker. Therefore, it is advisable to vaccinate at three months of age.

Whooping cough is fatal, especially for children under two months of age. An investigation is currently underway (with possible changes to the vaccination program) into how to better protect children against whooping cough. Therefore there is more reason to give the whooping cough vaccine earlier than later.

Even if the risk of infection is small, as long as you are still in Sweden and do not live in the same household as someone who has the infection, or works in the health care, why delay the vaccination when it is already effective for three-month-old babies? Why leave children susceptible to hepatitis B longer than necessary, when the infection is more dangerous the younger the child is?

Polio and diphtheria do not spread in Sweden. If you absolutely want to wait and are absolutely sure that you will not travel abroad with your child, you can wait with them. But why? Why leave them susceptible to dangerous diseases longer than necessary?

Measles, mumps, rubella given at 18 months and 6-8 years of age

Measles is a highly contagious viral infection that spread in Sweden until the 1970s when vaccinations began. Most children coped with the disease themselves, but about one in a thousand, that is, 100 children in each year, got an encephalitis that often led to permanent brain damage. Measles has spread in Järna in recent years, precisely because parents who go to Ursula Flatters Vidarklinikens Vårdcentral chose not to vaccinate.

The vaccine against measles, mumps and rubella is a live vaccine with attenuated, live, whole viruses. That’s why you don’t want to give it too soon. The main reason is that we want to discover all children with severe immune deficiencies first. These children can get severe infections even from the weakened virus.

The vaccine can be given from 9 months and it is recommended when traveling to countries where measles is spread. The protection will last so long, so you still have to give the 18-month dose.

Rubella is a disease that is not dangerous to children. But it’s dangerous for fetuses, if the mother gets it. Then the fetus is at risk of severe brain damage and severe disability. In Järna, some parents choose not to vaccinate their girls. Apparently, if the girl hasn’t been infected with rubella, when she becomes a teenager, she’ll get a vaccine. I think that is a deeply disjointed and egotistic reasoning. Children with rubella may infect unvaccinated pregnant women, such as pregnant women who have immigrated from countries with poor vaccination coverage. These women’s children, who are already born into a poor, often low-skilled family without work, are now also at risk of being disabled by rubella because there are parents who do not want to vaccinate their children until they become teenagers.

Cervical cancer vaccine can wait until the age of 12

Because there’s no need to give it long before someone makes their sex debuts. Moreover, it negates Ursula Flatters’ entire theory – that we give vaccinations to young children simply because it is practical and best from a socio-economic perspective. When we have a vaccine that is not relevant to young children, then we don’t give it. We wait. Okay, that’s it.

Read more about the HPV vaccine against cervical cancer here.

It was a very long speech in response to Ursula Flatters’ brief statement. But it’s important we get our facts straight. I hope it’s been helpful

What do vaccines contain? Is aluminium, formaldehyde or mercury present in vaccines?

How do vaccines work? Vaccines strengthen the immune system

Whooping cough – symptoms, how it sounds, vaccine, test and treatment

Measles and rubella symptoms – who can get infected and what to do?