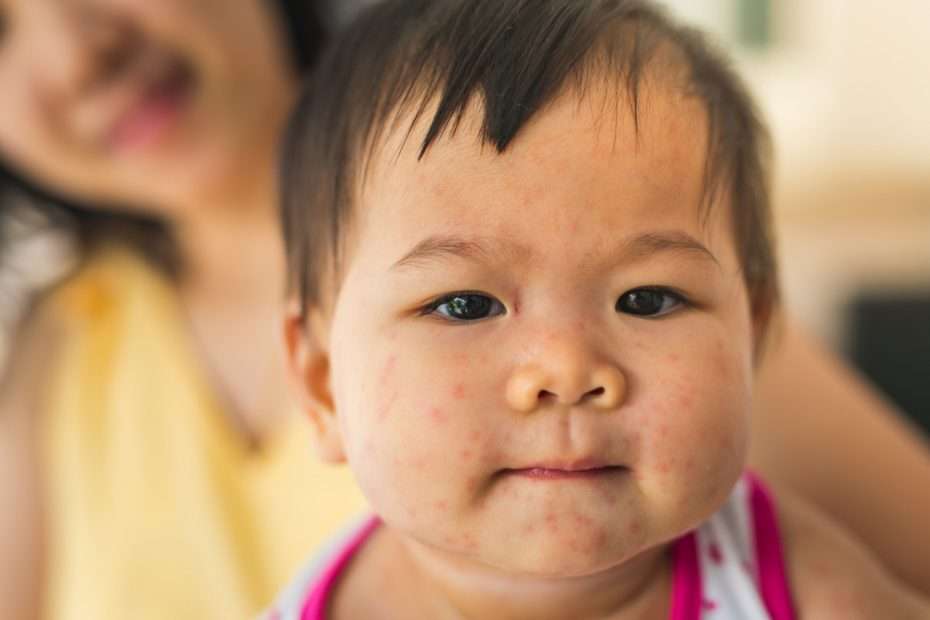 Tonsillitis is a streptococcal infection of the throat

Since tonsillitis is a bacterial infection caused by streptococcus, antibiotics can help, although they are not necessary in all cases. Often tonsillitis heals in a few weeks. However antibiotics speed up the healing process by a few days and reduce the spread in the meantime.

Acetaminophen and, if necessary, ibuprofen, reduces pain in the throat and makes it easier for children to drink fluids. Cold ice cream can also soothe throat pain and is often easier to take than hot liquids.

Read more about acetaminophen and ibuprofen for children

If the child with tonsillitis becomes worn out and depleted between fever peaks, you must seek medical care. Streptococcus can spread and in rare cases, cause sepsis.

Acetaminophen for the first few days can be given for the pain.

Glandular fever is a viral infection in the throat that causes exactly the same symptoms as tonsillitis. In addition, it can cause abdominal pain, liver enlargement, rashes and sometimes even jaundice. Glandular fever is caused by the virus EBV, which even after the symptoms disappear, settles dormant in the body for the rest of its life.

In glandular fever, antibiotics never help. The commonly prescribed antibiotic amoxicillin (Amoxil), will even cause a measles-shaped, extremely itchy rash as a side effect, if given for glandular fever.

You get glandular fever once in a lifetime, and that’s enough. The infection can last for several weeks and the fatigue afterwards can last up to six months.

Distinguish between tonsillitis and glandular fever

To distinguish between tonsillitis and glandular fever, a throat test is needed. It is a quick test for streptococcus (StrepA test) and if it is positive, it is highly likely that the child has streptococcus-induced tonsillitis.

However, children often have streptococcus in their throats even if they are not sick, so it is not completely safe. There are also streptococcus other than group A. These do not show up in a quick test. So if the child is seriously ill, it’s a good idea to take a bacterial culture if the quick test is negative.

Distinguish between tonsillitis and the common cold

Most colds begin with a sore throat and fever. But unlike tonsillitis or glandular fever, colds present with a runny nose, coughing and sneezing soon thereafter. Wait a few days and see if the pain in the throat gets better and if the fever passes. Then there’s no need for a doctor’s appointment. The risk of going to the doctor for a cold, is that a stressed doctor may perform throat tests for streptococcus without thinking carefully. If the child is a carrier of streptococci, the sample will be positive. You’ll be unnecessarily prescribed phenoxymethylpenicillin (Penicillin VK) to give for a week. It’ll have no effect, but risks side effects.

Sometimes bacteria settles into a single gland on the neck that then grows really large, often upwards of five centimetres. Children often have a fever, and the glands are red and sometimes aching.

Such an infection is called bacterial lymphadenitis. Generally, it needs to be treated with penicillin, sometimes IV. Seek medical care within the next 24 hours.

Penicillin or antibiotics in children, Penicillin VK, Floxapen or Amoxil?

Sore throats and colds in children

Blisters in the mouth in children